And then we went out to see the stars..

In the year of the 750th anniversary of the birth of Dante Alighieri, who is forever remembered as a great poet, with his Divine Comedy and for deeply intriguing the genius Galileo, leading him to hold two memorable lessons on the geography and structure of Dante’s Inferno at the Ancient Florentine Academy founded by the Medici family in 1462 from which emerged the relevant scaling laws and the first study of material properties.

Galileo Galilei was bom in Pisa on February 15, 1564 to Vincenzo Galilei and Giulia degli Ammannati. The revolution that brought him to study ancient science and the study of natural phenomena, depended directly on the cultural environment in which he resided. He was impacted and influenced by music, the art of painting and literature.

His father Vincenzo was an important musician and had an important role in the musical revolution. He was a Lute player, a music theorist and also a member of the Florentine Camerata, a group of intellectuals led by Giovanni De Bardi. Vincenzo Galilei with a group of intellectuals and musicians thought of a renewal program, with the goal of creating “new music” that could escape the narrow dictates of harmonic rules: monophonic music that could express feelings with the pace and the intonation of words. 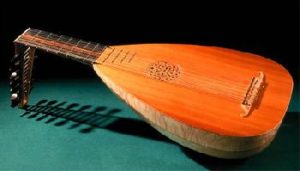 The first work created with this “new music” which was unfortunately lost was called “Euridice” of Peri and Rinuccini. It was performed at the wedding of Maria de Medici and Henry IV King of France in 1600.

This renewal process led to great results: the creation of “Opera”, a new form of theater and music. In addition, the contribution made by the Galilei family also brought great developments in acoustics. Vincenzo with his son Galileo returned to Florence after leaving the University of Pisa, where he was studying medicine. He began to study the changes in frequency of the string according to its length and its power, through experiments. It was one of the first times when mathematics and physical laws entered the world of music and culture, bringing major improvements.

Galielo used the same revolutionary reasoning that his father Vincenzo Galilei had used with music and applied it to the study of natural phenomena. We can therefore say that for more than one of his most important scientific discoveries Galileo Galilei was clearly infiuenced by the culture of the period, and particularly music, literature and poetry. His paintings and art of perspective, along with the discovery of the telescope, helped him to lay the foundations of the new astronomy. 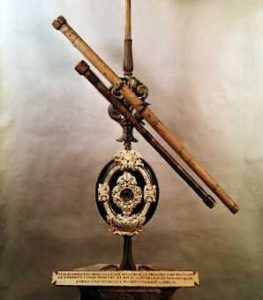 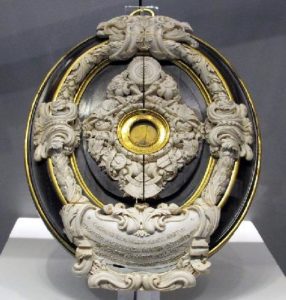 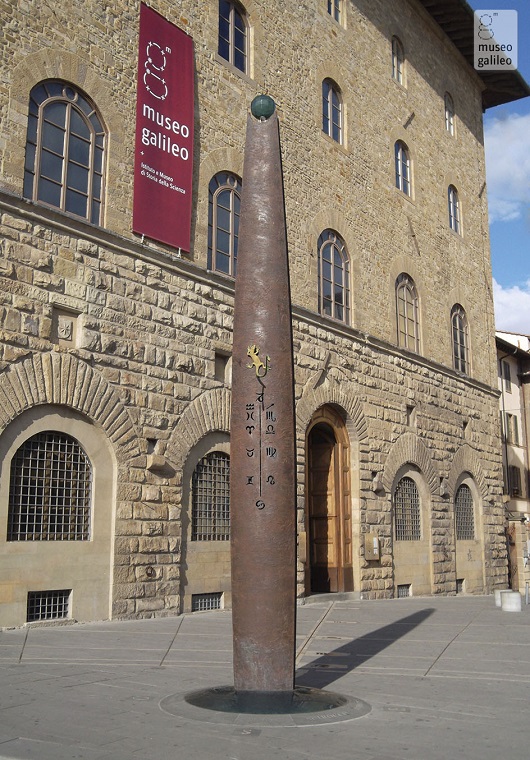 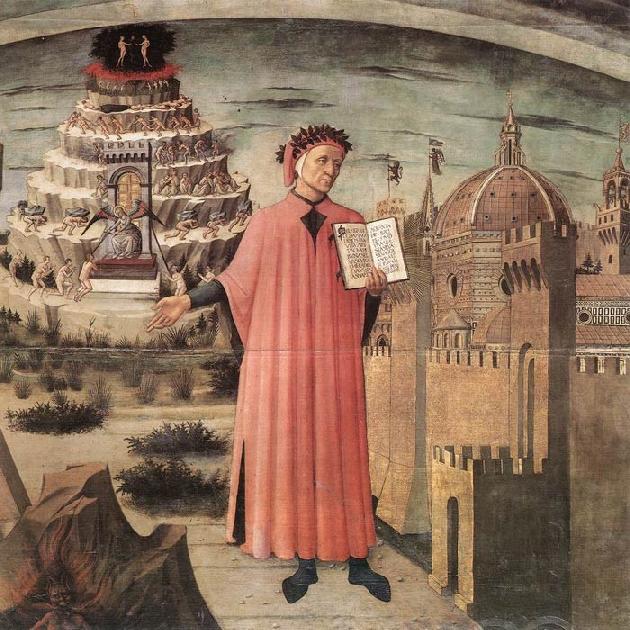 Certainly one of the most characteristic moments of Galileo’s life, where we could see the use of scientific methods and mathematical accounts in literature, was when the great scientist was called to settle a long debated issue: what was the real geography and structure of Dante’s Inferno. It was 1588, and Galileo was only twenty-four, when he was invited to hold two lectures at the Accademia Fiorentina. 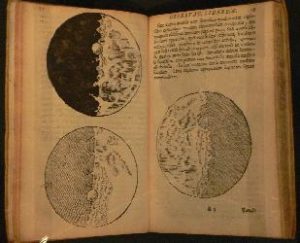 calculations could provide a strong contribution to even the most noble cultural debates and help one acquire a higher intellectual status. The knowledge that Galileo had of painting with its prospects and its shadows was of great help to him in astronomical observations. In 1610 Galileo published the “Starry Messenger” a 60 page book which included some beautiful drawings made personally by him, to best explain his telescopic observations: his findings on the Moon and the calculation of the height of its mountains, the Milky Way, and in particular planets such as Jupiter. These discoveries radically changed the vision of the Universe. In fact Galileo through his famous astronomical spyglass called “telescope” (from the greek = tele “far” and skopeo = “observe”) confirmed the Copernican theory that, contrary to what the Ptolemaic system claimed, did not consider the Earth the central element of our universe but rather the Sun, in which the Earth rotates.

In 1610 Galileo moved to Florence, where the Grand Duke Cosimo Il de ‘Medici offered him the necessary support to continue his studies, without the obligation to teach, in order to devote himself entirely to his revolutionary theories. In 1616 the Church condemned the Copernican theory forcing Galileo to renounce his trying to reach an agreement with Pope Urban VII did not give up his studies and in 1630 began writing his most famous work the: “Dialogue Concerning the Two Chief World Systems”. These two were the Ptolemaic and the Copernican, where the latter is in fact considered the most truthful. The book was published in 1632, and the following year the Holy Office of Inquisition put Galileo on trial and forced him to recant his statements and research, convicting him and sentencing him to house arrest. ln 1633 thanks to Archbishop Ascanio Piccolomini, Galileo was able to leave, even after being convicted by the Holy Office of Inquisition. He left Rome for Siena where the Archbishop tried to make the scientist, who was sad and depressed, feel at ease. He made it possible for him to taste the delicious wines of the Sienese countryside and encouraged him to continue his research on the principles of mechanics and gravitation while hosting him at his home, the Papesse Palace of Siena.

The injustice of this condemnation by the Catholic Inquisition was not recognized by the Church until 1992, when during the plenary session of the Pontifical Academy of Sciences, Pope John Paul Il restored Galileo’s honor and recognized his innovative scientific discoveries. 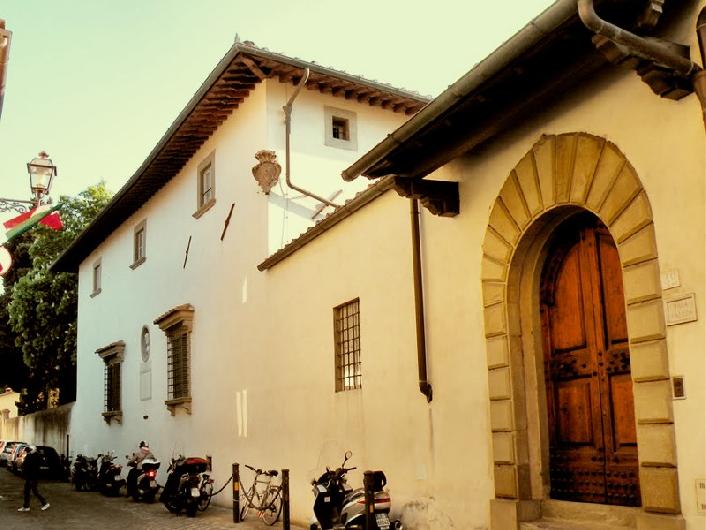 Villa Il Gioiello is located in the small hills in the south of Florence in an area called Arcetri, now home to the University of Astrophysics of Florence.

It is famous for being the residence of Galileo Galilei from 1631 until his death in 1642. It was given its name for its favorable position in the Florentine hills near Torre del Gallo. It is a mansion with several acres of farm land and an adjoining building for workers.

The mansion was found by his daughter, Sister Maria Celeste, Virginia at birth, with which the scientist had a very close relationship. She was a Poor Clare cloistered nun in the convent of San Matteo in Arcetri. 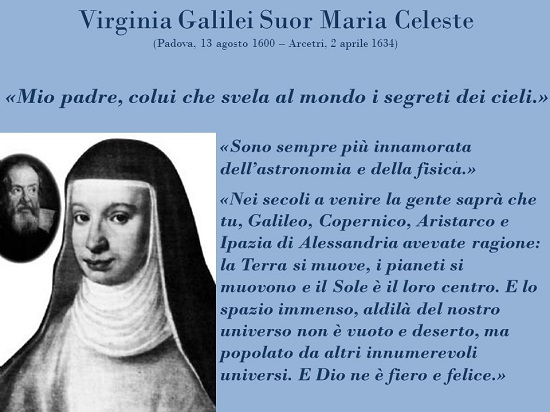 The villa property and the convent were adjoining. This decision was made so that she could have her father closer to her.

The father eventually only lived after the recantation of his arrest. Despite strict controls by the Holy Office, Galileo received visits from famous people including Ferdinando II de Medici, the painter Giusto Sustemans, who made his most famous portrait, and young scientists like Torricelli and Viviani who assisted him his death. 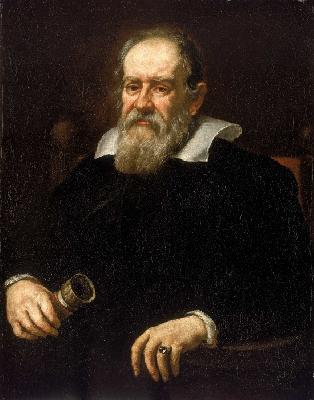 Galilei’s assistant in Arcetri along whit mathematician and physicist Evangelista Torricelli who Galilei wanted as a regular guest in his house. After Galileo’s death the Grand Duke Ferdinando II de Medici, appointed Evangelista Torricelli professor of mathematics at the Florentine Academy. After the master’s death in 1642 Viviani, the great scientist that the Grand Duke Ferdinand II appointed officer “dei Fiumi”, was also one of the distinguished participants of the Grand Duke’s Experimental Cabinet called the Accademia del Cimento. This cabinet collected Galileo’s manuscripts, documents, and personal letters trying to preserve his memory and create an archive of the great astronomer. 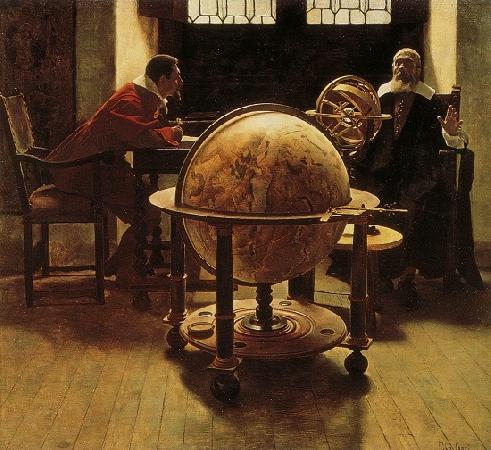 The Accademia del Cimento, the first modern scientific academy that among its founders were Galileo’s students, including Evangelista Torricelli, Vincenzo Viviani, Nicholas Steno, Francesco Redi and Lorenzo Magalotti, who adopted as his motto “trial and error”. This phrase was taken from the third canto of Paradise of the Divine Comedy by Dante Alighieri.

In his joumey through  Dante is led by Beatrice, “the Sun, which erst with love my heated chest“, which trial and error that arguing and arguing, reveals the nature of the Truth. The motto became the symbol of the Academy of Experiment (Accademia del Cimento) and formed the basis of modem science. In fact, as the repeated experiments of Galileo revealed the truth about the universe, so did Modem Science as it aimed to check with strictly experimental methodology (trial and error) the principles of natural philosophy:

the Sun, which erst with love my warmed ‘s chest, beautiful truth had unto me discovered, by trial and error, the sweet affection l..]

Around the middle of 700 the Church allowed the body of the great scientist, Galileo

Galilei to be buried in the Basilica of Santa Croce. The funerary monument, located not coincidentally exactly across from the tomb of Michelangelo, was built in part with funds intentionally left by Vincenzo Viviani who later was buried next to his great Master. 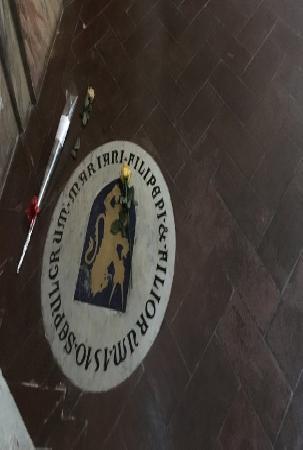 Even today, bare and without furniture Villa il Gioiello still has its charm. It is possible to see original pieces including the terracotta floors, and some decorations in the entry room and the bedroom.

The impressive view from the large porch was where Galileo made his astronomical observations.

The villa has a I-I-shape that embraces the inner courtyard that features a gallery with two orders. The facade of the building is very simple. It has been considered a national monument since 1920, and is now part of the Department of Astronomy, at the University of Florence. After a long restoration, it opened to the public in 2008. 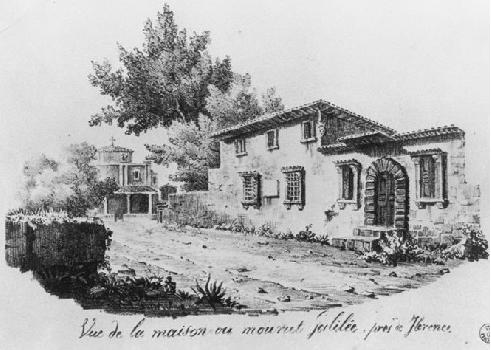