The gardens depicted in Botticelli’s paintings, especially the one accurately depicted in the painting thus named by Vasari “Allegoria di Primavera”, painted in tempera on wood (203×314 cm) and datable to about 1482, seem to have an important symbolic meaning.

The 9 characters represented in the picture would seem to be in fact, in the “Giardino delle Esperidi”. In this legendary garden grew a tree with golden apples, a gift from “Gea” for the wedding of “Zeus” with “Hera”, and was guarded by the three nymphs “Esperidi” considered therefore the guardians of magical objects.

It is interesting to note how in the framework of the “Primavera” that Vasari in his “Vite”, a treatise published in 1550 on the lives of the most excellent Italian painters, sculptors and architects, refers to having seen in the “Villa Medicea di Castello” next to “La Nascita di Venere”, the tree with the golden apples of “Il Giardino delle Esperidi” is represented by a grove of citrus trees, whose important and creative cultivation was born precisely in the “Villa Medicea di Castello”, in front of which the whole scene represented takes place. According to most historians, the picture should then be “read” from right to left.

Zefiro falls in love with the nymph Cloris and she turns into Flora, the very personification of “Primavera”, divinity of flowering and protector of fertility, at the center of the composition the goddess Venus symbol of the highest love that transforms love more ‘sensual in something more perfect represented by “Le Grazie”, thus transposing Marsilio Ficino’s refined philosophical ideas into painting.

The careful study of the plants that Botticelli carries out and transfers in the garden represented for the Medici family in his beautiful painting is philosophical and artistic thought that turns into reality.

Even the studies on nature, on plants and their symbolism are in fact part of the search for knowledge that distinguished “Lorenzo il Magnifico” and the “Accademia Napoleonica”.

“Lorenzo il Magnifico”, in fact, had greatly advised his cousin Lorenzo di Pierfrancesco de Medici to purchase the Villa di Castello from the “Famiglia Della Stufa” where the two great paintings by Botticelli were then brought, “La Primavera” and “La nascita di Venere”. 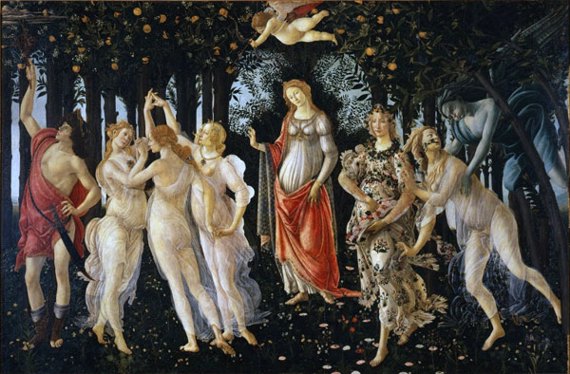 In “Villa di Castello” he began to study plants and especially citrus fruits also in the form of grafts and experiments on all known species. Thus the “fashion” of having citrus plants in the gardens of all the Florentine patrician families spread, and with them the beginning of the construction of “Limonaie” for the winter shelter of the plants and the use of large terracotta jars that allowed for seasonal travel.

The lemons of the “Villa Medicea di Castello”, in fact, given their antiquity, are among the most precious and among them one can admire rare varieties such as the great pampaleons, the knurled lemons, the frayed lemon, the fragrant cedars. so called “Giardini Segreti” with high walls that make them invisible to the eyes of the most ‘, who were not even aware of their existence, then allowed them to be in isolation and recollection in a sort of “Arcadia”, a secret garden where they could savor and search the fruits of knowledge

It is also nice to remember that from this passion and intuition of Lorenzo and his successors, above all Cosimo I, the evolution of the medieval garden in the Italianate geometric garden began with vegetable sculptures, evergreen hedges, the use of tree-lined rows to create labyrinths, colonnades, amphitheaters and pools of water on which edges in the summer were laid the beautiful terracotta jars with citrus plants as a further ornament and a sign of abundance and magnificence.

This incredible change in the garden forge starts right from the garden of the “Villa di Castello” that Cosimo I entrusts to be restored to the architect “Niccolo ‘Tribolo” together with “Benedetto Varchi”, the hydraulic engineer “Pierino da San Casciano” and for the creation of magnificent sculptures at “Buontalenti”.

The great creative flair, the study and the creation of accurate topographical drawings and the classic taste of “Niccolo ‘Tribolo” later led to the project for the arrangement of the “Giardino di Boboli” with its magnificent amphitheater that exploits the natural conformation of the hill. The study of the different species of plants will be studied in this way as will be extended by Tribolo the “Giardino dei Semplici” where for “Semplici” the varieties ‘vegetable with medicinal virtues’ were indicated from the medieval Latin medicine simplex used to define medicinal herbs.
The innovation, the genius of this first garden architect is in fact that of having created a new garden model called “Giardino all’Italiana” using the geometry of open spaces, the use of evergreen plants, especially holm oak, laurel , cypress to create imaginative landscapes in which they inhabit sculptural elements that recall evocative myths and legends according to a precise philosophical scheme of a humanistic nature 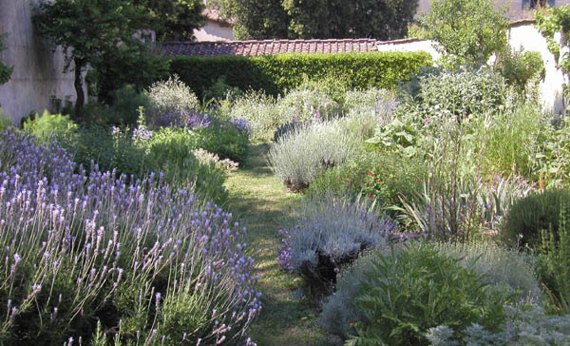 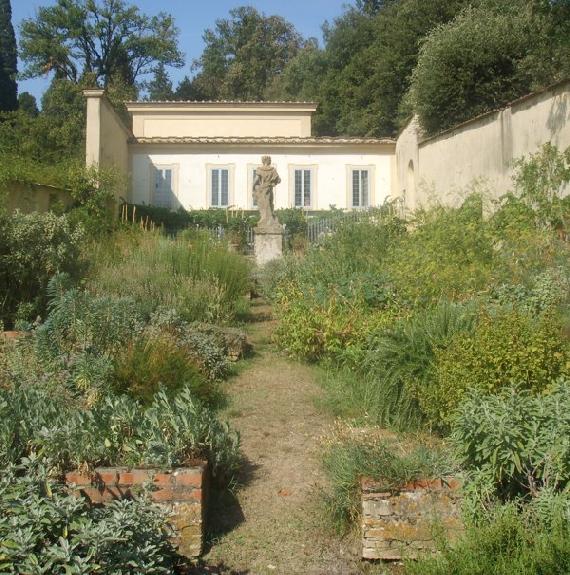