The history of Rosso di Montalcino

Rosso di Montalcino is a D.O.C red wine produced in south eastern Tuscany only from grapes produced within the administrative territory of the Municipality of Montalcino in the Province of Siena.

The production area extends over 243.62 km2 and is bordered by the Ombrone, Asso and Orcia Rivers.

The Montalcino hill has numerous soil-type- environments as it was formed in different geological eras that can be traces back to sandstone and a combination of limestone, alberese and marl as well as sandy to sometimes clayey soil.

The Climate is Mediterranean tending to dry with some continental elements due to its position between the sea and the central Apennines. Rainfall is concentrated in spring and fall months. 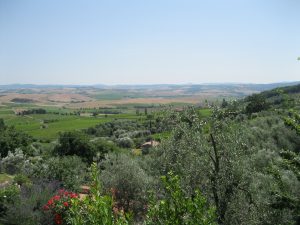 The properties of Rosso are the result of the interaction between environmental and climactic factors. Today’s winemaking techniques are the result of years of experimentation and research combined with acquired knowledge. Pruning and cultivation obviously take diversity in soil composition and climate into account. Given the soil’s scarce capacity to hold water because of its composition, interventions on the part of winemakers are necessary in order to create water reserves during the summer and fall months. The perfect state pf grapes maturation and its integrity on a phytosanitary level are the result of soil and climate factors in addition to the management of those factors during the growing phase. 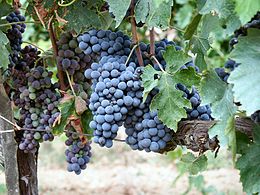 The production of a young red wine has been present for a long time in the area of Montalcino. Over time, this wine has been designated in various ways and taken on relevant rolls in the area of Montalcino. Information about a wine called Vermiglio has been documented, and it was produced to be consumed within a relatively short period of time because of its qualities of freshness and its fragrance.

In the second half of the 19th century , a wine called “Rosso” was produced, one of wich was awarded a bronze medal in 1869. In the 1960’s, this wine was contextualized within a “designation of origin” appellation, and the original idea was to name it “Rosso dai Vigneti di Brunello” (Red Wine from Brunello Vineyards). Afterwards the wine was designated as “Rosso di Montalcino”: a name that took root because of its directness and connection to the territory.

The most valued qualities of this wine are its aromas and freshness given the fruity primary aromas and from the secondary aromas which emerge during the fermentation.
If affords great qualities of versatility making it easy to pair with food. It is in fact possible to find both young Rosso wines and more structured and complex Rosso wines on the market.

Rosso di Montalcino is a visibly limpid, bright and intense ruby red in colour. Its aromas are typical and intense with a dry, warm and pleasantly tannic flavour.

Rosso di Montalcino can be paired with first dishes with structured sauces and salami, cheese and not very structured meats. It should be served in balloon wine glasses at a temperature of 16°-18°C.
Rosso di Montalcino must be released on the market in Bordeaux bottles while the winery may choose the type of stopper: agglomerated, silicone, glass or screw cap stoppers.  Alcohol content minimum 12% 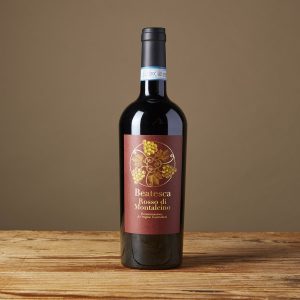 Every lot of wine must be declared qualified before being released on the market. Each lot is sampled and receives approval from the Tasting Commission. The Commission does tests to verify the chemical and physical parameters as well as organoleptic parameters by a panel of five experts. Once it obtains qualifications, the State Mint and Polygraphic Institute issues progressively numbered neck seals for traceability which must be applied to each label before being released on the market.